We’re proud to announce our new sounds label, Ampify Sounds. These unique sounds are made by world class producers, exclusively for you.

With the announcement of Ampify Sounds, we present to you one of many producers on Ampify Sounds; Lee Malcolm (Vessels & Jinjé).

We take a look at Lee's music making process in his studio.

Lee Malcolm lives and breathes music. Whilst surrounded by modular synths, keyboards and too many instruments to list, Lee stresses that everything is used for his creation process.

Surprisingly, a few of Lee Malcolm’s beloved instruments were found in bins. Even the ‘low-end’ instruments offer so much character to his music that Lee proclaims: “It’s as if they’re so pants, they’re awesome.” 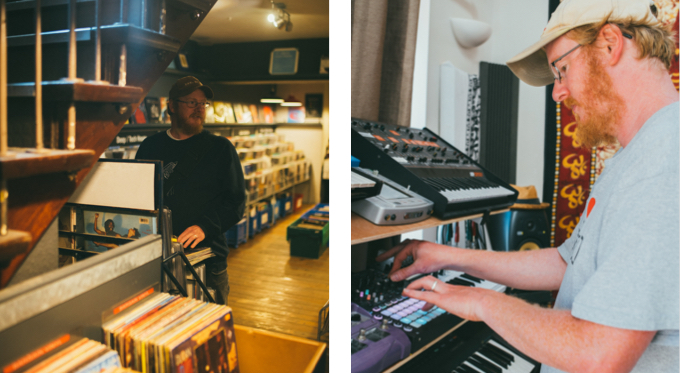 Lee getting inspiration from a record store visit.

There’s a key message here that money does not necessarily guarantee great sounding results, it’s about knowing the hardware inside and out. When making soundpacks, Lee takes the opportunity to learn each instrument and its capabilities.

Don’t take our word for it. Watch the video above to see Lee Malcolm in his element; an ad-hoc performance in his studio utilising many of his instruments, mainly his beloved modular gear. 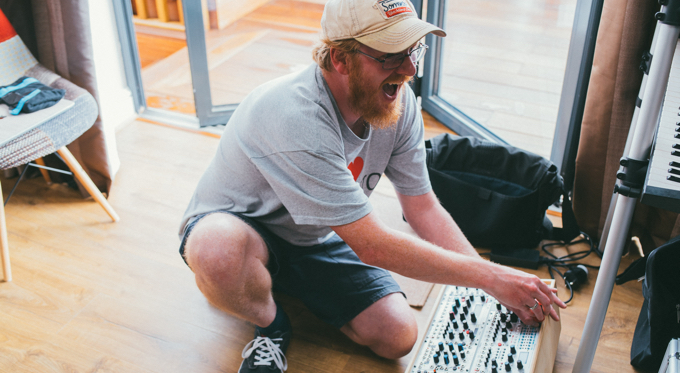